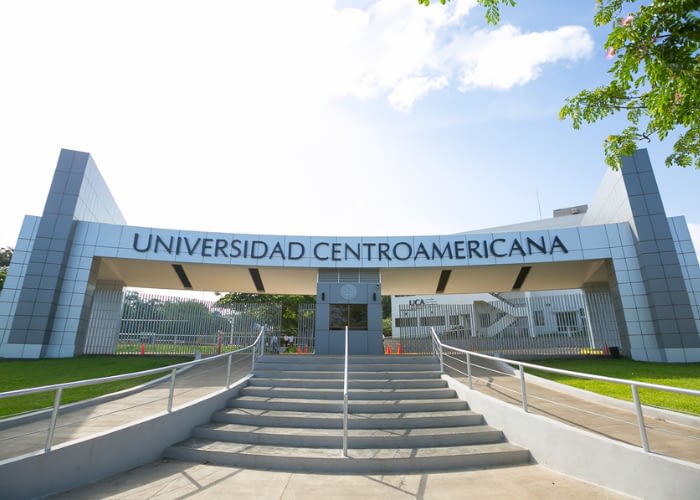 For over two years—since April 2018—Nicaragua has faced serious social and civil unrest. What started as peaceful protests in response to a planned overhaul of the social security system quickly escalated, as the government violently cracked down on the student-led protests. As a result, and in light of the government’s ongoing human rights violations, calls for an equitable social safety net turned into demands for justice. As tensions continued to rise, Central American University (UCA) Managua, a Jesuit institution in Managua, became one of the key meeting points for students and protesters to come together.

Two years on, UCA Managua continues to be one of the main allies of civilians in this fight. At the time, though, the lengths that the university went to support of the Nicaraguan people were nothing short of extraordinary. Shortly after the protests began in April 2018, the university put all their resources to use. They made their people’s defense law firm and their center for psychological development available to all who needed assistance; from political prisoners, to their families, to the families of those who had been assassinated. The university repeatedly denounced the injustices and human rights violations faced by Nicaraguans, both domestically and abroad, becoming one of the main intermediaries and representatives in collaborations with international organisms such as the Inter-American Commission on Human Rights.

However, these efforts to protect and defend the rights of the people in their community came at a cost. UCA Managua quickly turned into an enemy, in the eyes of the government, causing multiple repercussions for the university and its members. Staff and students were prosecuted and the university suffered public funding budget cuts, as well as roadblocks in carrying out basic administrative processes.

To ensure the safety of its students and community, the university decided to close down its campus for the remainder of 2018 and continue education online, unfortunately with a smaller course offering due to availability of resources.

In 2019, as protests slowed down, the university decided to reopen its doors with a mix of online and in-person classes. Students felt safe and supported by the university, which led it to once again becoming a meeting place for smaller protests, where police chose not to enter, but still surrounded the campus, searched students as they entered and in some cases carried out arrests.

With the start of 2019, another challenge emerged. The aforementioned budget cuts increased the difficulties of maintaining programs and providing scholarships to students. Before the crisis started in 2018, UCA Managua offered at least 1,000 scholarships for new students every year. These full-ride scholarships were intended to support students throughout their entire academic careers, provided they maintained good grades. Today, the university is not able to provide the same 1,000 scholarships and cannot guarantee funding for a student’s entire academic career. The student body has dropped to 6,000—down from 8,500 in 2018—mainly due to the economic and safety challenges for students to remain in Managua, as well as continue paying for their education. Even with the many challenges they face, UCA Managua is not planning on standing down, they are committed to their students and their community.

In 2020, Nicaragua is experiencing yet another crisis. With the COVID-19 pandemic bringing on changes and uncertainty to many at a global level, the government in Nicaragua refuses to acknowledge the crisis, downplaying its effects and impact on the population. It is hard to gain access to real and quality information, there are no safety measures in place to protect citizens, tests are scarce, and deaths are never ruled as a result of COVID-19.

Yet again, UCA Managua has taken an active role, denouncing the actions of the government, remaining committed to their beliefs, fighting for the people in their community, and providing assistance wherever possible. The campus closed as soon as the first COVID-19 case was reported and, to date, it is the only university campus in the National University Council that has completely closed its doors and moved to online classes. The institution is prepared to face the another round of repercussions from the State, just as they have done since 2018.

The people of Nicaragua have had a challenging past two years and UCA Managua has played a central role in managing, adapting, and denouncing the injustices faced by the community at a national and international level.

UCA Managua will continue to work tirelessly to overcome these crises under the leadership of Rev. José Alberto “Chepe” Idiaquez, S.J, who was honored by Seattle University last year for his work at the university, and is supported by many others who believe it is their responsibility to fight for the rights of the people of Nicaragua.

Magis Americas and UCA Managua are partners creating a more just and equitable Nicaragua. We work to increase and strengthen the community of donors committed to UCA Managua, in order to finance social projects such as student scholarships, social clinics for community service and support of different organizations that are part of the community.

Javier Cortegoso, Coordinator at the Red Jesuita con Migrantes shares with us the complex realities faced by Venezuelan refugees and the urgent role of the international community in offering comprehensive protections such as access to territory and asylum procedures. Photo: @CDHUCAB @AndresBuitrago   About 6 million Venezuelans have left their country during the first two... View Article

Organizations of the Society of Jesus and the Red Clamor provide 20 recommendations to the international community to address the reality of Venezuelan refugees and forced to migrate On June 17, 2021, the II International Conference of Donors in Solidarity with Venezuelan Refugees and Migrants will be held in Canada, in collaboration with the United... View Article