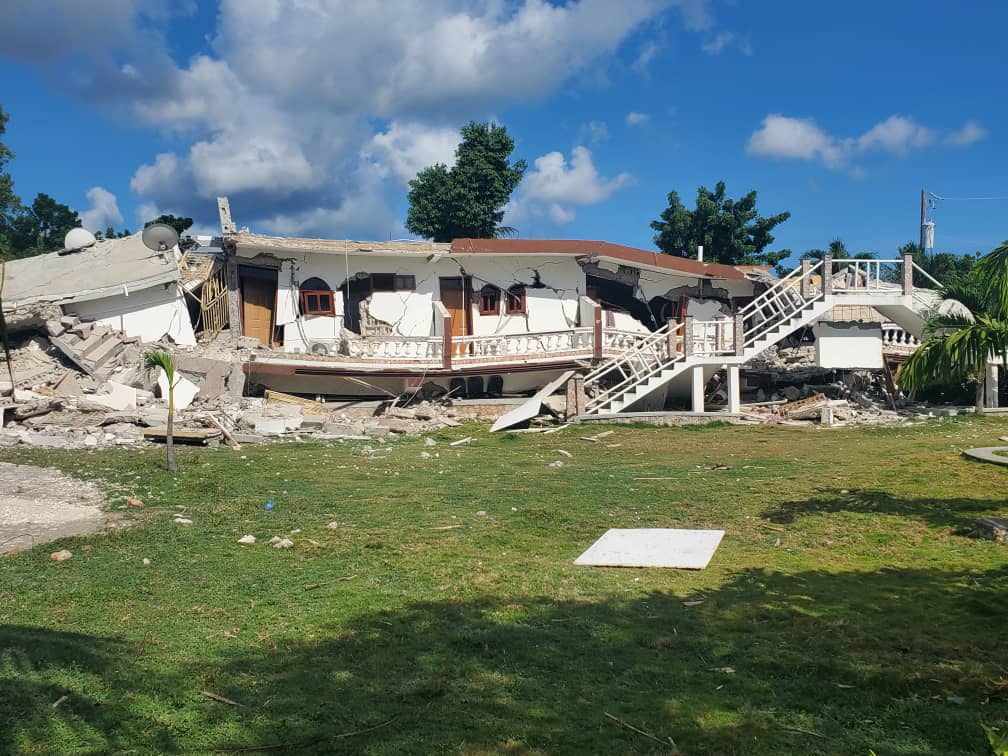 Jesuits on the ground have joined efforts and formed a coalition in order to better coordinate emergency response. 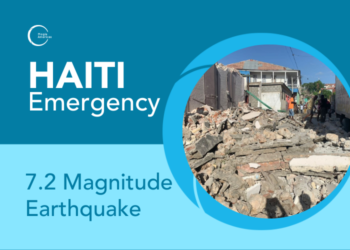 Jesuits on the ground have joined efforts and formed a coalition in order to better coordinate and have a wider impact. The coalition, called Commission d’Intervention des Jésuites dans le grand Sud (CIJS), is comprised of five organizations with a strong local presence and knowledge: ERFAS, Jesuit Migrant Service, Foi et Joie, and the Fondation Godefroy Midy. The main objective of these organizations will be to build a solid and holistic solution to help some of the thousands of families who are now homeless. The focus will be on building housing in 4 municipalities, two in the Sud department and two in the Grand’Anse department.

A visit from the 25th to the 27th or August to the affected areas revealed details on the challenges that lie ahead. Here are some of the coalition’s observations:

1) There is almost a total absence of the State; local governments were unprepared.

2) Most Catholic churches, schools, and health centers in the area are either collapsed or seriously damaged.

3) Thousands of families have lost their homes, or cannot use their homes due to major damage.

4) The affected population has made their own provisional shelters to sleep in; the rains from tropical depression Grace have added to their problems.

5) Rural areas and villages which are harder to reach are also the most affected. These people are left to fend for themselves.

6) There is a notable absence of NGOs and international organizations.

7) Emergency help is not arriving, even two weeks after the earthquake.

Jesuits have come together in a global effort to support response and recovery efforts by Jesuits and Jesuit organizations in Haiti, such as Foi et Joie and Service Jésuite aux Migrants.

1. During the emergency relief phase, partners will organize to distribute clothing, food, household goods, and hygiene products to meet the most immediate basic needs of the population.

2. However, Jesuit organizations will concentrate most of their efforts on the recovery phase of this disaster, which will see them implement mid-to-long-term strategies focused on the reconstruction of homes, schools, and other infrastructure.

Jean Denis Saint Félix, Jesuit Superior in Haiti, sent out a communication on Saturday night describing the situation as “frightening”. As of now, there are no casualties reported among Jesuits, collaborators, or families who are located in this region. One of the biggest challenges remains security since access to the southern region has been restricted by gang control. Despite this new shock,

“The number one priority at this moment remains health care emergency services. There is no way that we are able to provide the care that people need at this moment due to the inexistence of medical infrastructure. Of course, in the weeks to come we will certainly face the problem of clean water and food.”

Jesuits in the region will continue to closely follow the situation to ensure we have reliable information on its development. A meeting has been scheduled for today, Monday, August 16th, in which directors of Jesuit organizations, consult members and some collaborators will discern and plan a response to the situation. Following this meeting, an outline of their understanding of the situation, proposed approach and initiatives will be shared.

Michaud Levelt, S.J., National Director of Servicio Jesuita con Migrantes – Haiti, shared a message filled with urgency. Since the 2010 earthquake, Haiti has felt high waves of migration. Those who have little to nothing have tirelessly tried to leave the country. He mentioned that “even though the whole country felt the earth shake, only the south is on its knees”; A region greatly affected by Hurricane Matthew four years ago.

The SJM-Haiti team is on the move. One of their representatives will be traveling to the south in order to gather the information that will allow for an assessment of the situation and possible strategies for immediate and long-term responses.

A magnitude 7.2 earthquake struck southwest Haiti on Saturday, August 14th at 8:29 AM local time. The United States Geological Survey said the quake struck five miles from the town of Petit Trou de Nippes in the western part of the country, about 80 miles west of Port-au-Prince. Seismologists said it had a depth of seven miles and was felt as far away as 200 miles in Jamaica.

According to the New York Times, at least two cities reported major devastation: Les Cayes and Jeremie. Phone lines were down in Petit Trou de Nippes, the epicenter of the quake.

Tropical Storm Grace has passed through the already affected areas and has left almost 2,000 people dead, with many more missing. Thousands have been injured and close to 30,000 families are homeless. The storm lashed the nation with heavy rains of about 10 inches, causing dangerous flooding.

As of 08.15.2021, NPR is reporting that Haiti’s Civil Protection Agency confirmed 1,297 deaths and more than 5,700 injured. These figures are expected to rise in the coming days and weeks. The current prime minister has declared a month-long state of emergency.

According to the UN Office for the Coordination of Humanitarian Affairs, initial reports indicate more than 700 collapsed buildings, including hospitals, churches and schools. Additionally, at least 3,778 homes were destroyed, leaving more than 7,000 homeless. There has also been significant damage to infrastructure and roads.

The earthquake-generated aftershocks, between magnitude 4.2 and 5.2, and all at depths around 6 miles, were felt throughout the whole country, creating significant concerns of the vulnerability to infrastructures to even weak aftershocks. Additionally, minor floods and landslides have been reported in affected areas. The earthquake struck just a few days before Tropical Storm Grace is expected to reach Haiti between (August 16-17), increasing risk for an already vulnerable population to storm-force winds and heavy rains that could result in life-threatening flash floods and landslides.

Issues complicating relief efforts at this time are: (1) a lack of medical infrastructure in the impacted region; (2) security – access to the impacted region has been controlled by armed gangs; and (3) Tropical Storm Grace, which could bring heavy rains and winds early this week.

Please consider donating today to support our Jesuit partners as they accompany the people of Haiti in this most difficult time.

We will keep updating this page with new information and ways to get involved. Stay up to date with the latest news by following us on social media and signing up for our newsletter.

EmergencyHaiti
Share it on:
We use cookies on our website to give you the most relevant experience by remembering your preferences and repeat visits. By clicking “Accept All”, you consent to the use of ALL the cookies. However, you may visit "Cookie Settings" to provide a controlled consent.
Cookie SettingsAccept All
Manage consent