Education, the backbone of development in the post-2015 agenda 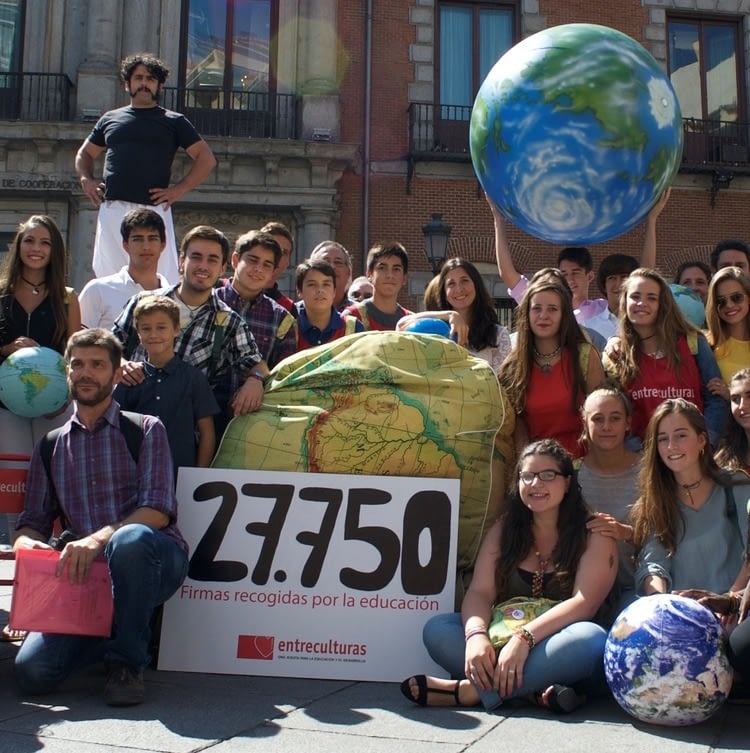 According to the latest data from UNESCO, there are currently 124 million children and youth who do not attend school throughout the world. Of these, 59 million children do not attend primary school, and 65 million adolescents are not enrolled in junior high school. This data is outrageous. But even more serious is the fact that, as the UNESCO reports, these figures are increasing. Today, there are two million more children and youth that are out of school than in 2011, when this figure was at 122 million.

In 2000, world leaders pledged that all children around the world would attend school by 2015, but the reality, as we have mentioned, is very different. In that same year, 2000, the Education for All Goals were adopted, which enshrined the right to quality education for all. The Millennium Development Goals (MDGs) were also agreed upon, two of them were committed to education: MDG 2, which sought to achieve universal primary education and MDG 3, which included the goal of gender parity at all school levels. All of these commitments were to be achieved by 2015. We have reached the deadline, and although progress has been made, we still have many challenges ahead.

2015 is a historic year: throughout this year, the international community has come together and will continue to gather several times to clarify the new agendas for education and global development that will frame the new roadmap for the next fifteen years, until 2030. In fact, on September 25th and 26th, the international community will gather in New York for the signing of the Sustainable Development Goals. In New York, as in the month of May at the World Education Forum held in Korea, the international community will predictably choose to pursue a single, common and comprehensive objective for education for the coming years: “Ensure inclusive and equitable quality education and promote lifelong learning opportunities for all.”

This is why, the Spanish Development NGO  Entreculturas – Fe y Alegría Spain, promoted by the Society of Jesus, has launched their Back to School Campaign entitled: “Fill the world with education”, focusing on the importance of education within the new global agenda, in its triple nature as a human right, as a global public good and as the backbone of development and foundation for achieving the other Sustainable Development goals.

The education we defend cannot be just any type of education. The education we defend must be universal, inclusive, equitable, of quality, transformative and filled with lifelong opportunities for all. This year, we gathered nearly 30,000 signatures, asking our political representatives to defend education as a priority in the new global development agenda, not only in words, but also in practice, for the coming years.

As we highlighted in the report “Education at the Center: Key to development in the Post 2015 Agenda” which accompanies the campaign, we advocate that States develop solid and equitable education plans, which also pay attention to early childhood education and adult literacy, as well as the inclusion of children, youth and adults from especially disadvantaged groups.

It is time to ensure that the right to education becomes a reality for the 124 million children and youth around the world who currently do not attend school. We cannot waste the opportunity provided by this historic year, 2015. It is time to follow through on the political and social commitment by making sure the right to a quality education for all comes true.

As Kailash Satyarthi, co-founder of the Global Campaign for Education and winner of the 2014 Nobel Peace Prize, says, “We must make a firm resolve that our generation be the last to see illiteracy. We must take steps together toward that golden period where our children will read in their history books: “There once was a time when an evil called illiteracy existed…”