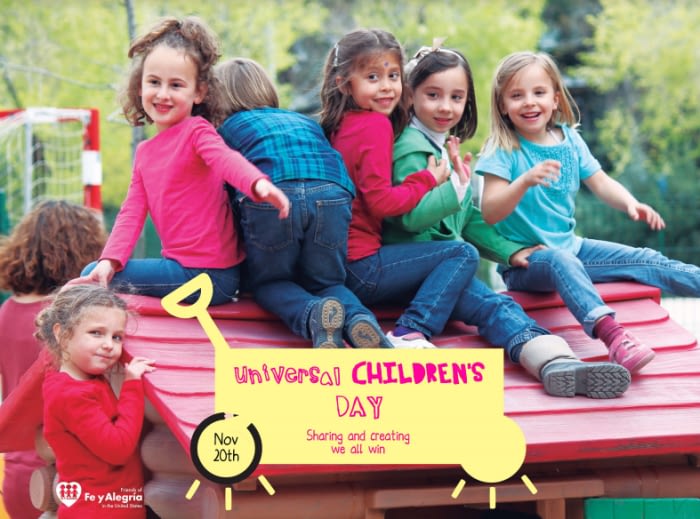 United Nations Universal Children’s Day was established in 1954 and is celebrated on November 20th each year to promote international togetherness, awareness among children worldwide and improving children’s welfare.

Mothers and fathers, teachers, nurses and doctors, government leaders and civil society activists, religious and community elders, corporate moguls and media professionals as well as young people and children themselves can play an important part in making Universal Children’s Day relevant for their societies, communities and nations.

Universal Children’s Day offers each of us an inspirational entry-point to advocate, promote and celebrate children’s rights, translating into dialogues and actions that will build a better world for children.

In order to promote reflection on the Universal Children’s Day, we offer you the “Días D” toolkit, which is an awareness-raising campaign comprised of values-based didactic materials to celebrate and incorporate – either in the classroom or the entire school – for significant international days like today.