Honduras, Insight into a Forgotten Country 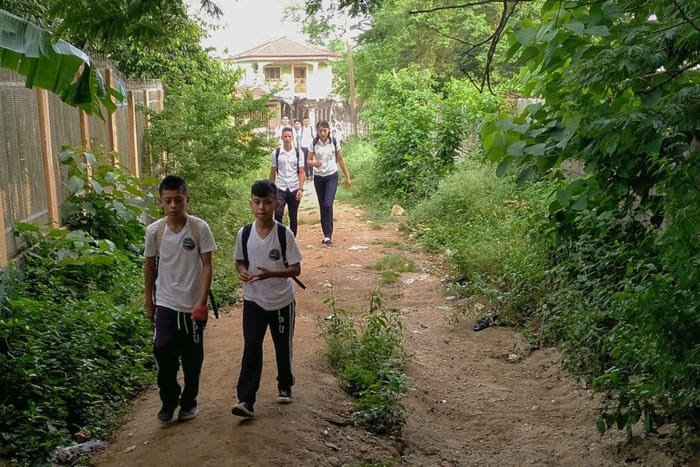 One year after the electoral fraud, the caravan of migrants to the United States puts a country punished by international indifference on the map once again, due to inequality, poverty, corruption, violence, impunity and the constant lack of respect for human rights.

Honduras barely occupies a headline in international news. Sadly, it comes to light only each time a misfortune plagues the country. Hurricane Mitch, the 2009 coup d’état, the assassination of indigenous leader Berta Cáceres, last year’s fraudulent elections or the caravan of migrants that this fall set out for the United States.

Elections for the presidency of the Republic of Honduras were held on November 26th, 2017. For the first time since the Constitution of 1982 marked it as one of its fixed articles, a president opted for re-election unconstitutionally. The text in question, art. 239 says: “Our Constitution prohibits a citizen who is or has already been president to be elected again to govern, not only that, but it also prohibits promoting presidential re-election and punishes all public officials who do so directly or indirectly. And whoever violates this provision shall immediately cease to hold office and shall be disqualified for 10 years from the exercise of any public function”.

Juan Orlando Hernandez, due to an appeal of unconstitutionality, stood for re-election and far from being disqualified for such an act, is now in the first year of his second term. On the other hand, a vote recount was manipulated when Orlando Hernandez lost the elections within hours of closing. Indications of electoral fraud took the population to the streets for several days. In the government’s repression of this massive protest, 33 people died in Honduras, hundreds were injured and several people were arrested. Many of them are still in prison as political prisoners.

With this legacy, the president, whom the great majority calls “illegitimate,” governs the country. He does so in collaboration with the Honduran elites but with the opposition of the lower classes, which in this country are close to 70%. And the situation in Honduras has only worsened in recent months.

Inequality and the concentration of economic power in a small percentage of the population (17 families) is the origin of all the country’s problems. Based on this reality, the generalized corruption and the institutional organization around impunity leave the majority of Hondurans in a situation of helplessness.

Of the 9 million Hondurans, 66% (6 million) live in poverty and of these, 45% live in extreme poverty. That means they live on less than a dollar and a half a day. A country where half of the population is unemployed and therefore lives on business outside the law. And worst of all, a country where violence finds shelter and gets into every pore of Honduran society. Youth gangs or maras control these colonies using extortion and violence against anyone who does not obey their rules or who does not pay the tax they demand. They negotiate with drugs, a drug they get from the mafias that also dominate the country and are turning it into a narco-state. The nouveau riche, people linked to drug trafficking, often win the sympathy of the population and authorities with their gifts and generous donations.

In the midst of such a situation, private security has become an almost obligatory necessity for anyone with a business, big or small. Weapons then appear everywhere, delivery trucks, supermarket doors, in pharmacies, in bakeries,….. And that enormous staff of security guards is in the hands of companies owned by the military and ex-military of the Honduran army.

Along with them, local police, national police, military police and the army. These two bodies of the state, the best endowed in all of Latin America. In conclusion, Honduras devotes 52% of its national budget to security. The budget for Education is less than 22%.

The main source of income for a large majority of Hondurans is work in the maquilas, large textile companies that employ 130,000 people in Honduras. The majority are women, young people and single mothers who work under very harsh conditions and with sad salaries.

In the United Nations (Human Development Index) ranking that measures life expectancy, health, access to education and dignity in the standard of living, Honduras ranks 130th in the world, the lowest in all of Latin America. It is only surpassed by Haiti, which ranks 163rd.

“They have stolen so much from us that they have even stolen our fear,” is a phrase that resonates in a country that, without being at war, supports a homicide rate higher than places in conflict (90 per 100,000 people). And San Pedro Sula, 244 km from Tegucigalpa, came to be described as the most dangerous city on the planet.

In addition to street violence, drug-related deaths, anyone who is critical of the government or the multinationals that are occupying a large part of the country, is threatened with death and, in many cases, murdered. In the last five years, 25 journalists have died for this reason and almost 170 indigenous leaders and human rights activists.

The Honduran government has opted for an extractive-mining policy, with which thousands of hectares are privatized and granted concessions, including some that do not belong to them, thus favoring foreign investment in the name of economic growth, and totally turning their backs on social development and community rights. Many of the Honduran indigenous communities, who have lived on these lands for many years, are being expelled.

An example of this is the Garifuna community: Honduran blacks descendants of African slaves. They live on the Caribbean coast and are being expelled from their lands because of the construction of thermal power plants or because of the abusive purchase of spaces on the coast to create large tourist resorts. Many communities have organized themselves into movements of defenders of the territory and have fought, even in international spheres, to claim their rights. One of the most emblematic cases was that of Berta Cáceres, whose murder, just over two years ago, has brought the Honduran people back to life.

Another problem facing the country is impunity: it is almost always complex to prove that a murder was premeditated and with very specific intellectual authors. In the end there is always an infallible excuse for the police or local authorities: it was a crime of passion. And the fact is that here the security forces always have some kind of link with organised crime.

The growing situation of poverty, inequality, violence and impunity into which Honduras has entered in recent years places its most vulnerable population before a dilemma: to stay in the country and run the risk of being killed, of going hungry… of enduring as long as one can hoping for better moments. Or go north (Mexico or the US) in search of an opportunity and a better life for one’s family. This path has already been taken by many and, in fact, remittances (earnings that migrants send back to their families) are the main source of income in Honduras.

People who decide to flee north in search of a better life do so in small groups or alone. Every month, between 300 and 400 people under the age of 30 took this option in Honduras, according to data handled by the ERIC. On October 13th, a joint departure from San Pedro Sula to the United States was massively called and 4,000 Hondurans gathered. This figure grew, with parallel marches by other Central American citizens, to 7,000.

Spaces for freedom and hope

At Friends of Fe y Alegría, we are committed to supporting our partner, Fe y Alegría Honduras, which is dedicated to promoting an education that changes lives and gives opportunities for the future.

We are also dedicated to sharing the insights of Radio Progreso, which has become a space for freedom, for denunciation and constructive analysis of the reality of the country, demonstrating that journalism can and should be risky, courageous, committed and give a voice to those without a voice.

And in the midst of it all is the Honduran people themselves, who despite living in a rich country that is owned by a few, are an example of hospitality, closeness and joy. Although they live with the bare minimum, with fear and with uncertainty, they have proven to be a fighting people, a community that is capable and a people that does not give up hope.

It is worthwhile that we do not forget them.


* This is an adapted version of a text written by José Luis Barreiro Areses, journalist and member of Entreculturas-Fe y Alegría Spain who participated in Experiencia Sur in Honduras last summer.