Lens on inclusion to measure the global improvements in education 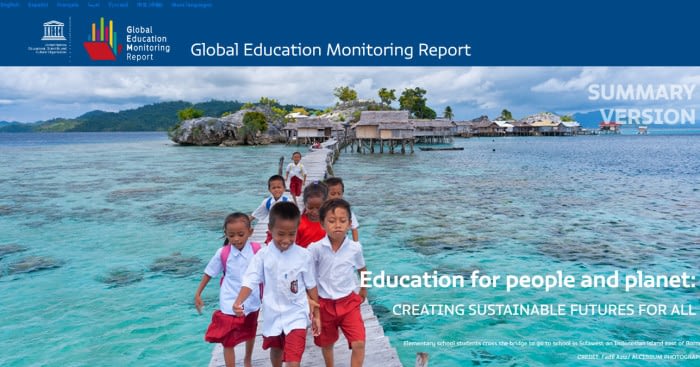 At the end of last week, the UNESCO GEM (Global Education Monitoring) Report’s Advisory Board met in Paris to discuss the success of the 2016 GEM Report, hear about the plans for the 2017/8 and 2019 GEM Reports, and decide on the future theme of the 2020 GEM Report. A consensus was reached on the theme: Inclusion and Education.

The desire to leave no one behind permeates the entire 2030 Agenda for Sustainable Development. Two of the sustainable development goals (SDGs) are dedicated to addressing inclusion: A goal on gender equality and empowerment of all girls and women (SDG 5) and one on reducing disparities between and within countries (SDG 10). There is also an unprecedented global commitment to using disaggregated data to monitor gaps and inequalities, in education and other sectors. Disaggregated information is critical to identifying populations who never exercised their right to education, who left school before completing a full cycle, and who did not succeed in acquiring key foundational and transferable skills.

The GEM Report has long taken an equity, pro-inclusive perspective when monitoring progress towards global education goals. Our team has shown that the poorest children are four times more likely to be out of primary school than the richest children. An estimated one-third of all out-of-school children at the primary level have a disability. Aggregated analysis from 51 countries found a 10 percentage point gap in primary completion rates between people with and without disability, which is likely an underestimate. About 40% of people around the world are not taught in a language they speak or understand.

In 2010 the GEM Report established the World Inequality Database on Education (WIDE) to highlight countries that are adversely affected, and through what processes, in order to contribute to policy formulation and resource allocation. Data from this source show the extent to which disadvantage and marginalization undermine success in education progress. They indicate how overlapping disadvantages sometimes create almost unsurmountable barriers for those trying to learn at school or university or through adult training and education programs.

We know that if current policies remain in place, all groups will not enjoy the benefits of education by 2030. New strategies and policies must be adopted to ensure access to the 263 million children, adolescents and youth who are out of primary and secondary school; the 758 million adults lacking basic literacy and numeracy skills; and the millions more who, despite having been to school, experienced little improvement in their learning levels and employment prospects.

This post was adapted from the GEM Report blogsite