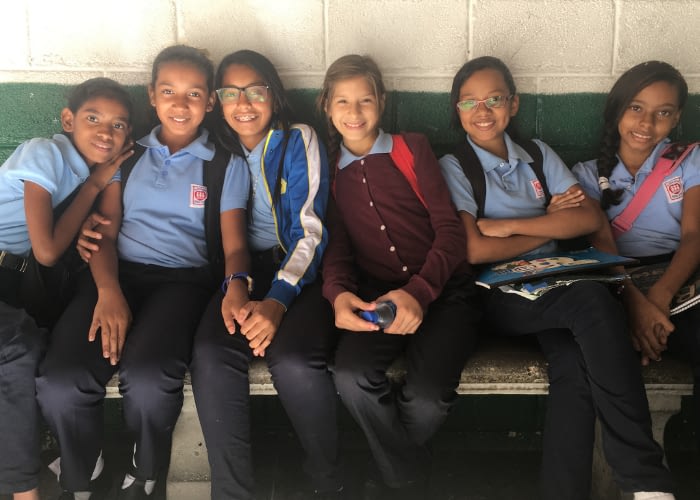 Written by Ted Penton, S.J, Secretary of the Office of Justice and Ecology at the Jesuit Conference of Canada and the United States shares with Magis Americas his reflections on how Jesuit networks help make our solidarity concrete.

Among the blessings in my life as a Jesuit are the many relationships I’ve developed around the world. Solidarity is a central aspect of our Catholic faith, especially solidarity with those on the margins. Relationships with Jesuits and Jesuit ministries in the United States and abroad have helped me to make that solidarity concrete. I’ve had the opportunity to visit Jesuit ministries doing incredibly inspiring work, often in very difficult contexts. These connections serve as a consoling reminder of our shared mission, regardless of whatever borders may lie between us.

For several years, for example, the Nicaraguan government has been repressing peaceful demonstrations, incarcerating political prisoners, and even “disappearing” opposition figures. Students and faculty members of the Jesuit Universidad Centroamericana (UCA) in Managua have been targeted—on multiple occasions forces allied with the government have violently opposed peaceful protesters at the university campus. The university has also suffered serious financial and administrative repercussions from the government. The UCA president, Fr. Chepe Idiaquez, SJ, has been subject to death threats. While this is not a risk we Jesuits typically face in North America, it is an honor to support the vital work of Fr. Chepe and others like him standing up to repressive governments in Central America.

In Venezuela as well, it is remarkable to witness the persistent efforts of Jesuit ministries amidst years of turmoil and societal collapse. The number that brought home to me the severity of the situation there was “20” – it was reported in 2018 that in a single year the average Venezuelan had lost 20 pounds in body weight due to food shortages and the economic crisis. Yet Jesuits’ vital work continues, including the independent social analysis of Centro Gumilla and education of those living at the margins by the 176 Fe y Alegria schools across the country.

The Fe y Alegria model that was developed in Venezuela has taken root across Latin America and the Caribbean. Fe y Alegría, or “Foi et Joie”, is also present in Haiti, another country that has suffered greatly. These schools offer education and vocational training opportunities to children and adults. At the St. Ignace de Loyola School, for example, students learn about ecology, agriculture, and business through a beekeeping initiative, which they can then practice with their parents at their own homes. By integrating education, ecology, and economy, this project aims to improve the quality of life of their students, their families, and the surrounding community. The children gain important and practical knowledge and experience along with the chance to earn some additional income for their family.

The COVID pandemic has both exposed and exacerbated many existing injustices within the United States and around the world. Watching news reports can make these challenges feel simultaneously very close and very distant. The stories, photos, and videos may be compelling, but the people and situations depicted are also foreign. How to live out the solidarity our Catholic faith calls us to when the distances are so great, the differences so stark? Jesuit networks help us to bridge that divide. Most Americans have never visited Nicaragua, but if you’ve attended a Jesuit parish, school, or university, then you have a connection with Fr. Chepe and the struggles of UCA Managua, just as you do to Jesuit ministries in Venezuela, Haiti, and all around the world. We may be working within different social realities, but we all share one mission of reconciliation and justice, grounded in, and united by, our faith in Christ.

The work that the wider international Jesuit network does, connects us. Maintaining our focus on a greater common mission leads us in solidarity with each other even when we are far apart. Organizations such as Magis Americas serve to bridge this distance, as they collaborate with other Jesuit institutions like UCA Managua and Fe y Alegría, creating a connection not only in faith but in how we carry out our faith and commitment to caring for our fellow brothers and sisters. 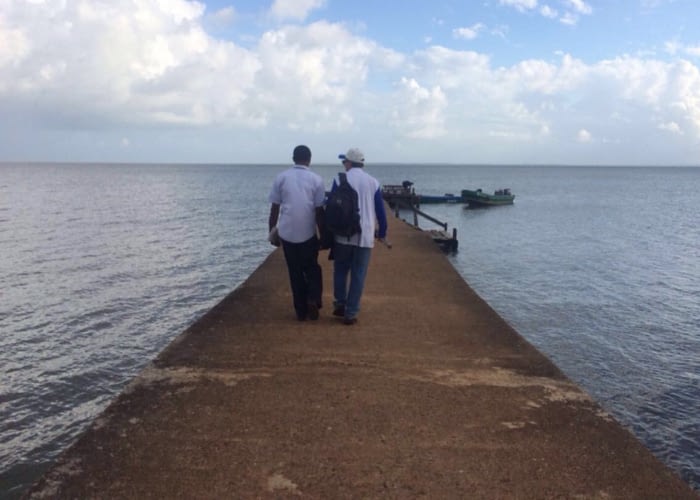