May 21st: World Day for Cultural Diversity for Dialogue and Development 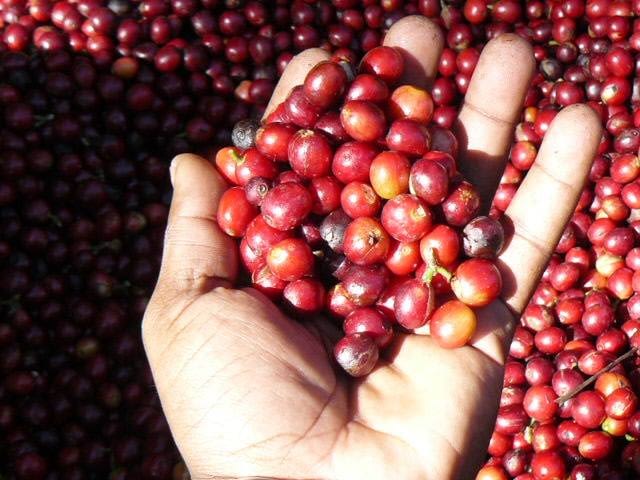 May 21st is the World Day for Cultural Diversity for Dialogue and Development and, on this occasion, our partners at Entreculturas-Fe y Alegría Spain offer an educational resource oriented to learning from indigenous cultures how to interact with nature and to discover that in our day to day we can incorporate actions of care and commitment to the Earth.

Three out of four conflicts in the world have a cultural dimension. Overcoming cultural divisions is urgent and necessary for peace, stability and development. Culture, in its rich diversity, has an intrinsic value both for development and peace as well as social cohesion.

Cultural diversity is a driving force for development, not only regarding economic growth, but as a way of achieving an enriching intellectual, affective, moral and spiritual life. This is made evident through the Treaties on culture, which provide a solid base for the promotion of cultural diversity.

Simultaneously, recognising cultural diversity- through an innovative use of the media and ICTs in particular- generates dialogue between civilizations and cultures, contributing to the promotion of respect and mutual comprehension.

The UNESCO Universal Declaration on Cultural Diversity was adopted in 2001 and then, the United Nations General Assembly declared the May 21st the World Day for Cultural Diversity for Dialogue and Development, through the 57/249 resolution in December of 2002.

Coffee cultivated by Tzeltal indigenous families in the northern jungle of Chiapas, Mexico

Capeltic is a social economy and solidarity company formed by Tzeltal indigenous families from Chiapas and collaborators that work for social justice and the defense of the territory, generating social property and business efficiency.

The Tzeltal community is part of the Mayan family. They are currently the largest indigenous group in Chiapas. Like many other indigenous groups in Mexico, and throughout the world, Tzeltal communities have been historically subjected to structures of domination and impoverishment, which is the reason why, throughout the years, they have had to organise to resist and recover the property and the fate of their territory.

The most important activity for this community is small, familiar and diversified agriculture: they produce corn, beans, squash, and chili, and they include commercial crops such as coffee. As many other families, production schemes are for self-consumption, so crop diversity is essential to ensure their harvest is strong and avoid dependence on a single product.

The work of Capeltic and Yomol A’tel in the Tzeltal territory has its origins in the Jesuit Mission in Bachajón, which, since 1958, has accompanied the resistance of 600 communities in the Selva Norte region of Chiapas.

This Tzeltal communities in the Selva Norte region of Chiapas currently grow 100% organic coffee that, with a lot of work and meticulous care, arrives at the Capeltic cafés, an economic and social way to take control of the destiny of their territory.

This initiative was created after the Tzeltal producers considered unfair the profits they received when selling their coffee (the price was determined by the economic fluctuations of the American stock market and the interests of the intermediaries). Therefore, they organized themselves to seek a comprehensive alternative: add value to their coffee, ally with intermediaries who shared their philosophy of respect for the environment and to create cafés (usually located in the universities of the cities) in which they could sell their product at a fair price, raising awareness and transmitting their values to society.

The goal of this project is to become a reference in quality and social participation in different points of sale, with the intention of contributing to fair and dignified work for small indigenous producers and their families, and to become a cooperative and intercultural space that promotes positive relationships in the community it serves. The efforts are concentrated in changing the power relationships that currently affect Tzeltal families and the urban context of the families they work with.

These kind of initiatives are key to promoting the defense of human rights and the rich diversity of the indigenous communities’ culture .