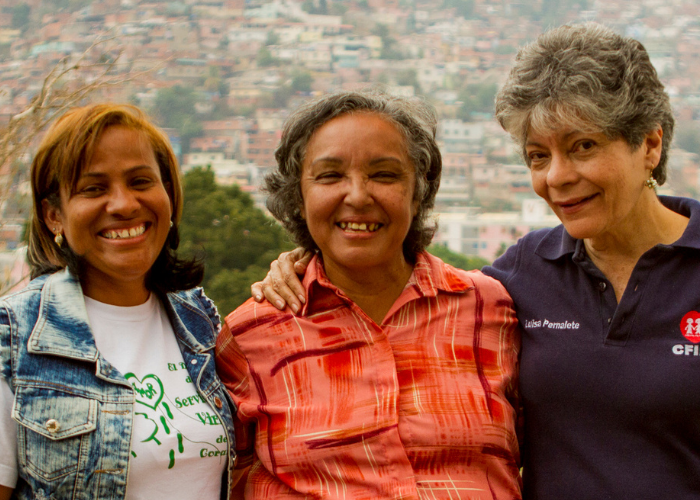 The first time Luisa Pernalete had to bury a student killed by gun violence, the pain was indescribable.

Class president Miguel Ángel Rodríguez was walking down the street with his family in Guayana (southern Venezuela) when the 11 year-old was shot and killed while trying to defend his father from a mugging.

“Do you know what it’s like to bury … I’m a teacher, I’ve been a teacher my entire life. To bury a student is something you can’t describe,” Pernalete says. “It can’t be normal that a teacher buries her students … they should be burying me. I’m old!”

But Miguel was not the last student she would go on to bury.

After years of increasing violence in her community, Pernalete, an educator and human rights defender who has worked with Fe y Alegría for over three decades, decided that they had to do something.

Despite all of the work that Fe y Alegría had done over the past 60 years in some of the most marginalized and vulnerable communities of Venezuela, like those in Guayana, it didn’t seem like it was enough.

What were they not doing? What was missing? How would they address this brutal violence in their communities?

Watch the video below to learn about “Mothers Promoting Peace”.