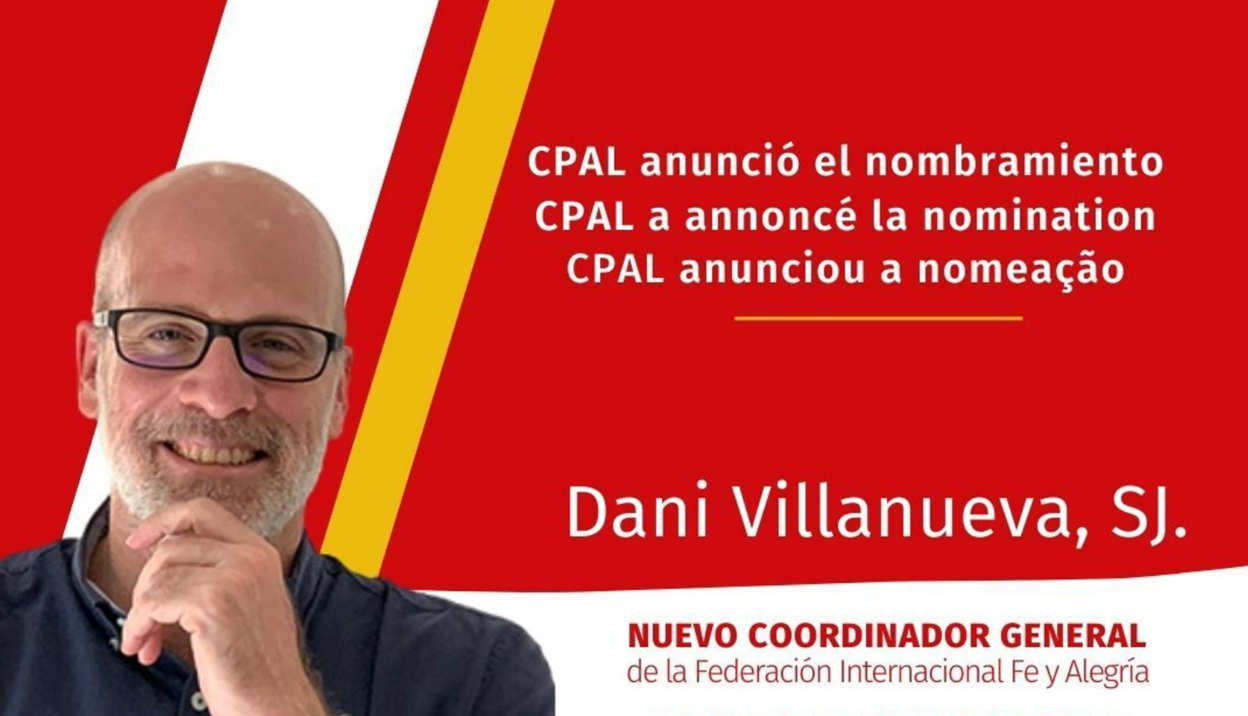 Fr. Dani Villanueva, SJ will begin a three-year term as the new international coordinator on April 1, 2023.

Father Dani Villanueva, SJ has been appointed as the new General Coordinator of the International Federation of Fe y Alegría. The president of the Conference of Provincials in Latin America and the Caribbean (CPAL), Father Roberto Jaramillo, SJ, has made the appointment for the period 2023-2026.

Villanueva is a 49-year-old Spanish Jesuit priest who is very familiar with the educational mission of Fe y Alegría. He currently serves as the Executive Vice President of ALBOAN and Entreculturas, the Spanish province’s two Jesuit development NGOs.

In addition to his current role, Villanueva has worked on various international initiatives with Fe y Alegría, contributing his knowledge to offer more and better resources to educational centers around the world.

“This is tremendous news,” said Nate Radomski, executive director of Magis Americas. “We congratulate Fe y Alegría on this decision. We look forward to our continued work and shared mission with Fe y Alegría and Dani in his new role.”

“We also want to take this moment to thank Fr. Carlos Fritzen, SJ for his seven years of service for FIFyA, as Fe y Alegría continued its growth across the globe,” Radomski added.

Fe y Alegría is a global movement with a shared mission, which is embodied in the vocation of thousands of men and women dedicated to offering popular education in the least favored sectors to transform lives. Fe y Alegría’s mission includes the aspirations for social transformation demanded by girls, boys, young people and families in situations of vulnerability in countries in Africa, America, Asia and Europe. In 2020, Fe y Alegría served over 935,800 individuals in its 1,592 education centers and 280 community centers located in 22 countries.

Fe y Alegría and Magis Americas have been strategic allies since the founding of Magis Americas in 2005, given the two institutions’ commitment to Ignatian identity and values, common goals, and shared mission and history.

The International Federation of Fe y Alegría was founded in 1986 to respond to the needs of the countries where Fe y Alegría was present, with the aim of integrating efforts, under common agreements and articulating the work for a more effective action at the service of the movement’s mission and vision.

The change of coordination will take place on April 1, 2023, after FIFyA’s annual assembly organized by Fe y Alegría in Honduras.