Snow Cones for Haiti: From St. Louis to Port-au-Prince 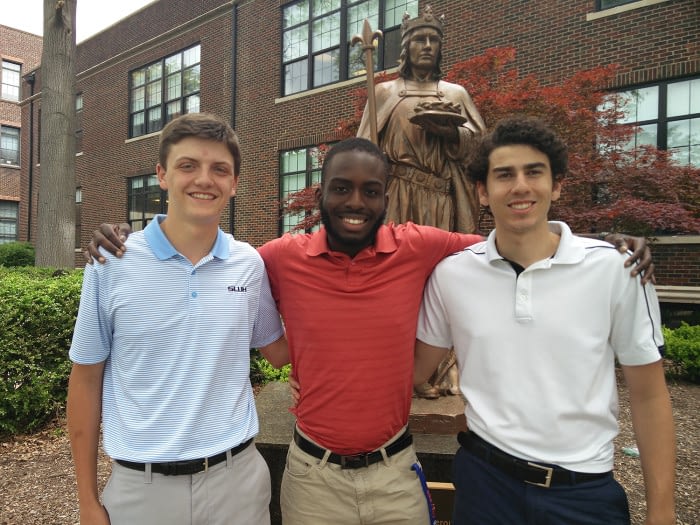 When Andrew Modder and Blake Johnson, then juniors at St. Louis University High School, first attended the Ignatian Family Teach-In for Justice in 2015, the annual gathering hosted by the Ignatian Solidarity Network, they had no idea they would leave as Friends of Fe y Alegría in the US’ first “ambassadors”.

“Our first encounter with Fe y Alegría came at the Teach-In,” they explained. “Curious about the program,  we decided to sit in on one of their presentations.” Immediately inspired by Fe y Alegría’s education work around Latin America and Africa, the two friends decided to find a way to become involved and show solidarity from their school community in St. Louis. “We had received such a quality Jesuit education ourselves at SLUH, so we were motivated to give that gift of education to those that couldn’t access it.”

Upon returning to school after the Teach-In, the pair, stumped on what to do with Fe y Alegría, consulted with their friend and classmate Michael Rueckert on how they could fundraise for an education project in a “fun and creative way”. “One day we were doing homework together,” explained Johnson, “and I explained to him the problem and he responded, ‘Bro, what if we sold snow cones? I have a snow cone machine at my house!’ and thus the SLUH Snow Cone Club was born.” 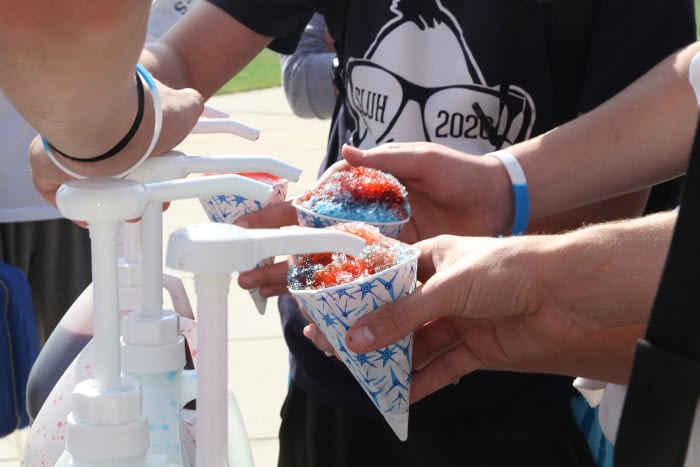 [“Bro, what if we sold snow cones? I have a snow cone machine at my house!” Thus the SLUH Snow Cone Club was born.]

With that simple, yet creative idea, the three students took advantage of the warm fall weather and went about selling snow cones after school once a week or after special school events with the help of friends. (“Every event is usually capped off with a fun snowball fight with the leftover ice.”) In just six short months, they have raised over $300 for Fe y Alegría’s work in Haiti, specifically through a project that gives teachers values-based education tools to promote peace and gender equity in their classrooms.

“We believe every human being on Earth has a right to an education, and frankly that’s not the reality of our world,” they said. “As students at SLUH, we’ve received a fantastic education and many of us plan on attending college after high school. Our hope is to at least give others a taste of the education that we’ve been so blessed to receive.”

While the trio will graduate this May, they are hoping that the club can continue well beyond their time at SLUH with a new group of students taking the lead and also hope to aspire other students around the Jesuit Schools Network to join Fe y Alegría and defend the right to education around the world.

“Our advice to other students would be to think of something creative to bring as much attention to the cause as possible,” they explained. “We’ve received many questions like ‘Why are you guys selling snow cones?’, which allows us to bring awareness to Fe y Alegría. The more the original and creative the idea, the more buzz it will bring!”

“Though we’re making just a little impact,” explained Johnson, “we know that our efforts can make a difference.”

[SLUH Snow Cone Club was started in September 2016 and has raised over $300 for projects in Haiti.]