The Pope’s Visit: A Challenge to Grow in Solidarity 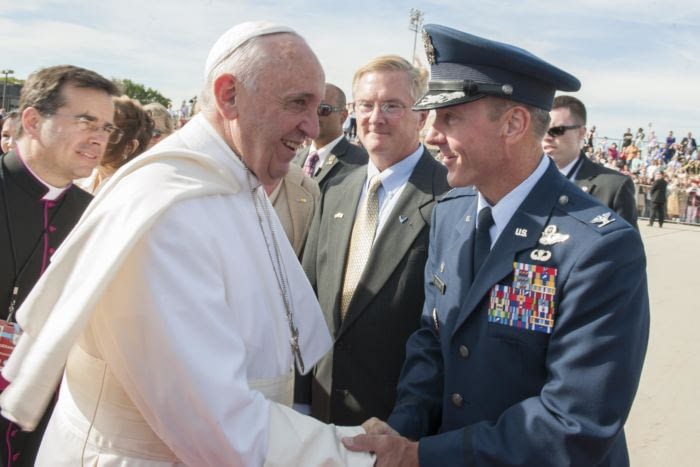 Ever since the first Jesuit pope was elected in March of 2013, news and social media have been packed with stories of how the Bishop of Rome is breaking down barriers, serving as a bridge builder and doing things a little bit differently than his predecessors.

This week, Francis is making history in the relationship between the Catholic Church and the U.S. by paying a visit to a joint session of the U.S. Congress. The Ignatian Solidarity Network has rallied more than 20,000 people to join watch parties and actively engage online (#Pope2Congress) during this historic event, recognizing this as “an opportunity to invite legislators to reflect on the U.S.’s response to those who are marginalized by poverty and injustice.”

Along with other voices, we are also eagerly anticipating what Francis will have to say at the United Nations General Assembly on Friday, September 25th, especially regarding the protection of fundamental human rights such as the right to education. In a briefing, the Vatican’s permanent observer to the UN, Archbishop Bernardito Auza believes the Holy Father will remind members of the general assembly that there can be no peace without equitable development: “Countries that have many blessings … will be summoned to assist those who do not yet have them to the same degree, or at all.”

Both Evangelii Gaudium and Laudato Si have helped to influence the global dialogue on issues such climate change, poverty and human rights.

“The mere fact that some people are born in places with fewer resources or less development does not justify the fact that they are living with less dignity. It must be reiterated that ‘the more fortunate should renounce some of their rights so as to place their goods more generously at the service of others’.[155] To speak properly of our own rights, we need to broaden our perspective and to hear the plea of other peoples and other regions than those of our own country. We need to grow in a solidarity which ‘would allow all peoples to become the artisans of their destiny’ [156]” (Evangelii Gaudium, 190)

Inspired by Pope Francis’s message, at Friends of Fe y Alegría in the US, we seek to continue growing in solidarity and the promotion of social justice, serving as a channel to support popular education in impoverished and marginalized communities so that children, youth and families become agents of their own development.