Women who build the future 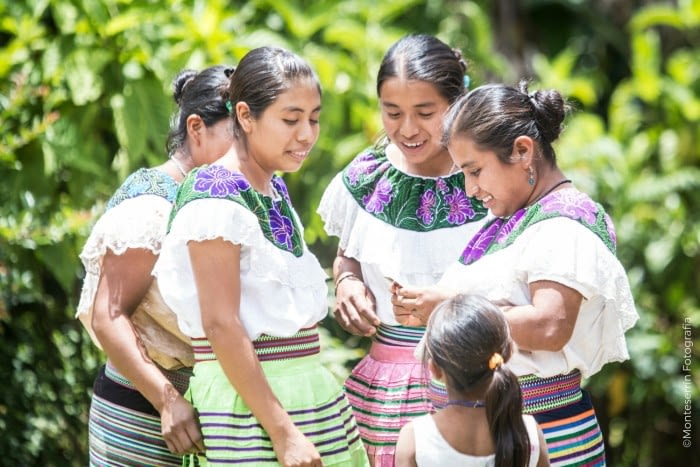 Despite much progress thanks to the efforts of women around the world, the data on inequality of opportunities between men and women continues to be alarming, above all in the most impoverished countries where the gap is much greater.

Behind the devastating data, there are women who do not surrender and continue to work, striving to transform this reality from different parts of the world. Women, like Rosa, who is a teacher with Fe y Alegría Madagascar. Women who stand for the importance of quality education, and thanks to Fe y Alegría, they work to change their reality and that of other women and girls in their communities.

Climate change and conflicts affect women in a greater proportion. Impoverished women in rural areas who depend on commonly used resources are particularly affected when these resources are exhausted. In addition, women and girls are 14 times more likely to die during a natural disaster than men.

Yesenia has firmly decided to defend the environment and that is why she has become an “environmental guardian” at her school, Fe y Alegría La Merced in El Salvador. Together with her colleagues, she is in charge of managing an ecological garden, offering training to the youngest students and serving as a tour guide in the area to raise awareness in the community.

The voice of women in decision-making spaces is far from being in parity: up until September 2017, women occupied only 23.7% of parliamentary seats around the world.

Judith is from Chad and was the only woman in her community who could access secondary school. Thanks to this she has been able to make choices in her life. Several times a year, she teaches together with our partners Entreculturas-Fe y Alegría, workshops for mothers and young people coming from different places in the region of Guéra (southern Chad), about the importance of education for girls and women. In addition, they exchange experiences, devise joint strategies to bring about changes in their communities and receive training on issues that concern them but that are difficult for them to deal with due to deeply rooted cultural traditions, such as early marriage or female genital mutilation, a practice that affects 90% of women in the region and more than 200 million women and girls around the world.

Alejandra is a student with Fe y Alegría Nicaragua and has decided to study mechanics, despite the prejudices and the difficulties that this entails.

She believes that “Women can…we can work in the same areas as men.” And this is why she has decided to study mechanics to better her future.

Through Fe y Alegría’s technical training programs, youth and women attain life skills and abilities, receive support for their insertion into the job market, as they seek a path toward economic autonomy.